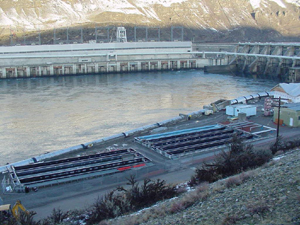 Hatcheries have operated in Washington State for more than a century, beginning with a facility on the Kalama River in 1895. Since then, state hatcheries have since become an important part of the state's economy, producing millions of fish for harvest by recreational and commercial fishers.

The Washington Department of Fish and Wildlife (WDFW) currently operates 87 hatchery facilities, the majority dedicated to producing salmon and/or steelhead. There are also 51 tribal hatcheries and 12 federal hatcheries that produce salmon and steelhead for harvest.

Fish hatcheries also have become an important tool in restoring and conserving the state's wild, naturally-spawning salmon and steelhead populations. At some facilities, eggs from wild fish are incubated, reared as fry, then released as smolts to maximize juvenile survival rates. Others hold and breed wild fish through their lifespan to ensure the perpetuation of critically low populations.

These conservation projects aside, WDFW has become increasingly concerned about the impacts on wild fish of releasing large numbers of hatchery-reared salmon and steelhead into Washington waters. These fish are often less genetically diverse, and can interfere with recovery of wild stocks through interbreeding or competition for food or habitat.

To address these concerns, WDFW has been engaged in a comprehensive reform of its hatchery facilities to minimize adverse impacts of hatchery operations on depressed wild stocks while continuing to produce fish for harvest. Partners in this effort include tribal co-managers, federal natural resource against and the Hatchery Scientific Review Group (HSRG), an independent panel of scientists appointed by Congress to lay the foundation for hatchery reform.

For more information you can read it here >> Overview 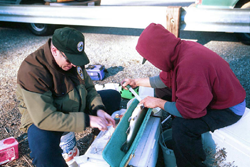 State hatcheries also play an important role in some aspects of wild salmon recovery. Hatcheries are now viewed by fishery scientists and policy makers as integral tools for the restoration of wild runs that have dwindled because of habitat degradation or other factors. Over 20 hatcheries are involved in recovery actions for 20 currently-listed ESA stocks. 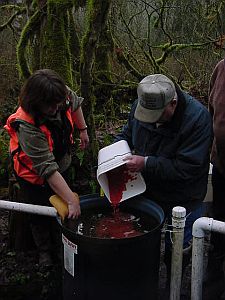 While there are many hatchery programs that are acting to stabilize and even increase the abundance of depressed wild stocks, artificial production, in general, has been identified as one of the factors associated with the decline in natural populations of Pacific salmoninds.

All hatchery programs that operate in regions with ESA listed salmon and steelhead populations(PDF) need to be evaluated and permitted through the ESA.

There are several vehicles in the ESA to allow for this permitting, depending on the hatchery operator; section 4(d) is the common vehicle used for artificial production programs. 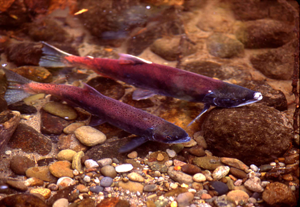 Hatcheries play several different roles in sustaining wild stocks. For stocks such as Puyallup River spring Chinook, adults are captured and spawned each year and the resulting progeny are reared and released as juveniles. The purpose of these efforts, called "supplementation," is to maximize egg fertilization and fry survival and thereby increase the number of smolts heading out to the ocean ("outmigrating").

For more information you can read about it here >> Restoration

Paradigm shift may be the best words to describe hatchery management in Washington. Although hatchery programs provide substantial economic benefits to the state of Washington, hatchery fish can potentially pose risks to wild populations of salmon and steelhead. These include two types: To meet the challenge of meeting wild fish conservation objectives and developing sustainable fisheries, WDFW has changed many hatchery practices. 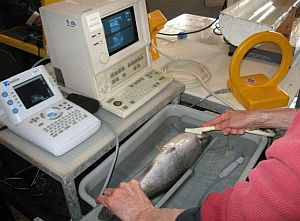 For production and performance information on every WDFW hatchery please go here here.